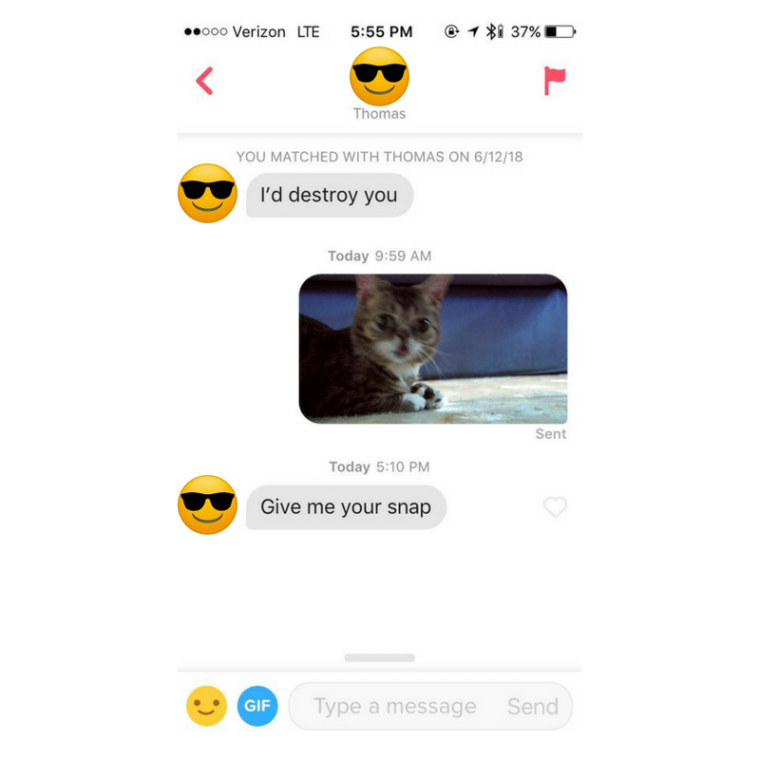 When you’re on multiple dating apps, there will be plenty of times that you’ll see the same person. It may not be right away, but a lot of people will use the same photos and you start recognizing their face.

One day, after matching on Tinder I got a message along the lines of, “We’ve matched again. We must really like each other”. Apparently we had already chatted on Hinge and both times, boy left me on read.

Whatever, not a big deal. Just have to be more careful. A few weeks later I downloaded Coffee Meets Bagel just to try it out. I had it for maybe a week in NH but since the pool of users was so small, didn’t get into it. 2 or 3 days into using the app in NYC I matched with a cute doctor and he started the conversation. HOLLA TO YOUR GIRL.

It started with this. 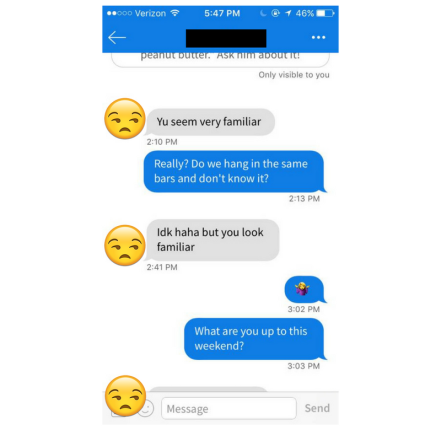 And then this happened.

Shit. The jig is up.

Despite that, he seemed to be cool with it and we talked about meeting. He asked for my Snapchat *shudder* and he added me. I knew that username.

This summer we matched on Bumble and exchanged snaps. Not only was he boring AF but, he sent me a picture of himself in just Calvin underwear asking if they were too tight. After that happened, I deleted him and unmatched. He didn’t know that I knew about that one but I agreed to go out with him anyways.

Later that night I was chatting on Tinder with a very enthusiastic guy. A little too enthusiastic. And he lived in The Heights… OH MY GOD IT HAPPENED AGAIN.

We matched on Bumble and texted/Snapped in August. He was annoying AF. Constantly blowing up my phone and telling me how he “modeled”. Okay, buddy. You’re full of shit. To avoid another awkward moment, I unmatched immediately.

But it happened. I not only lapped NYC. I lapped Jersey City. All I needed to do was hit CT and I would have sifted through the entire tri-state area.