Location Review: 4.0 Stars – Super funky spot on the Upper East Side. They have go-go dancers, fun decor, and even bingo on Wednesdays

Once again, this was Reed’s last shot. He opened up the last time we went out and I just needed to learn more about who he was as a person before I made a decision on his fate.

I shot him a text and we were on for date #4. Per usual, I got too drunk too fast but I apparently said some things that resonated with him.

We were joking about how I could pass for a high school student and I told a story about how I helped out at my high school’s Challenge Day as an adult. While I was at the school I was asked several times if I was a student (there were only freshmen that day) or if I was a teacher. So basically I could pass for 14 or 28. He didn’t know what Challenge Day was so I walked him through the program and basically it’s for teens to learn that there are other people going through the same things and there’s more to a person than meets the eye.

He was oddly interested in this and I noticed him start to get ever so slightly more personal with me and he recognized that he deflected a lot. But, a few minutes later I allegedly made a joke about STDs.

“You make a lot of jokes about STDs.”

“That’s the second one.”

“Well it’s funny you mention that because I have herpes.”

“I’m not fucking with you. I really have herpes.” And then he pinky-promised he wasn’t messing around.

“I got it about a month and a half ago and I wanted you to know in case this goes any further. You’re the first person I’ve told about it.”

The more I thought about it, the more it made sense. He never really touched me when we were out, the make outs weren’t heavy, and he never mentioned/propositioned having sex with me. I had so much respect for him to tell me but at the same time I wasn’t sure if I could handle it.

Reed assured me that it was basically a skin condition, 1 in 4 New Yorkers had it, he was on anti-viral medication, and I could ask him anything (also a first since he would deflect so much).

I didn’t really know what to say. On the one hand, I didn’t want to add to the stigma. I know plenty of people who have had an STD and basically they just got antibiotics and were good. However, I had never encountered herpes in the wild and it’s not one with a cure. I liked him but I wasn’t sure if it was enough to potentially contract it myself and have to have the same conversation with future partners.

We called it a night and walked the same direction to the train station. Before I left, we kissed (not intensely) and he left it at, “Well, I’ll let you do your research and if I hear from you then I’ll know you’re still interested.” GOD DAMN IT. Responsibility sucks.

I took the week to think it over and ultimately decided against it. The risk of passing it is very low with the use of condoms and anti-viral medication along with abstaining during break outs. He was cool, I liked him, but I didn’t think I liked him enough to take that risk with him. Since he was only diagnosed a month and a half prior I wasn’t sure if he really knew when his body would break out or “shed” as it’s called.

I then sent the most guilt ridden text I’ve ever written. Really, I felt like shit. 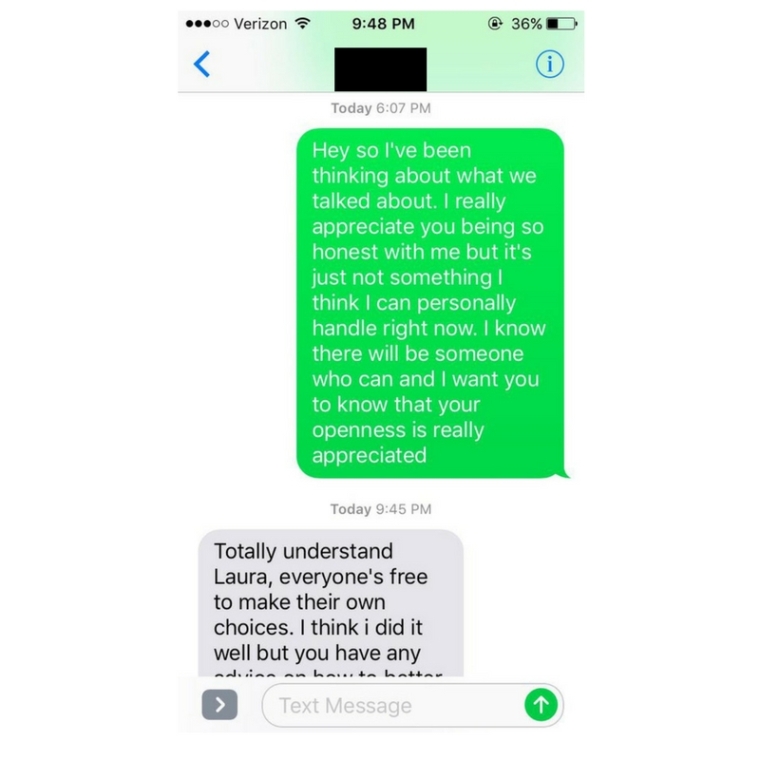 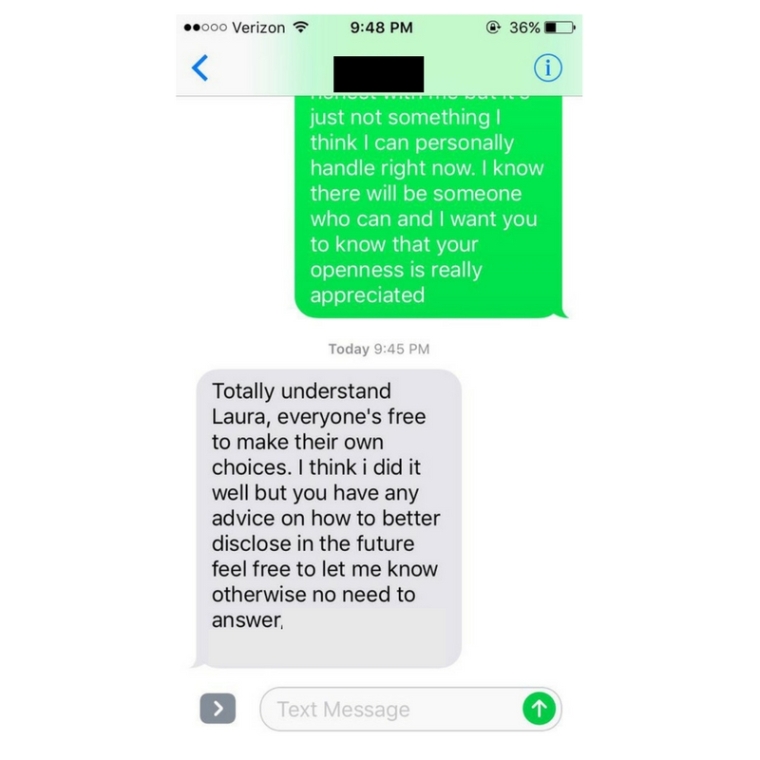 Here this guy was who never told anyone anything coming clean about something so personal and I rejected him. Fuck.